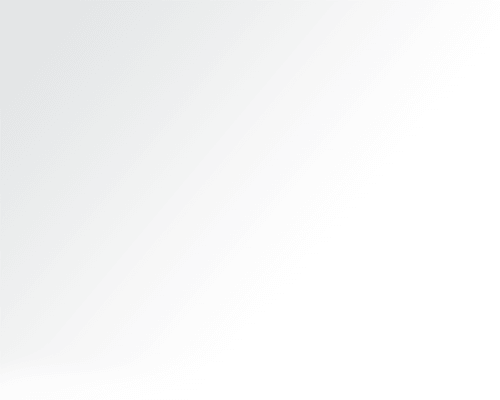 Insurance Experience - A thorough knowledge of the insurance industry

QM Costs delivers legal spend management and cost services to a significant number of insurers across the UK - from Top 20 organisations through to niche specialist firms.

Our experience and partnering approach allows us to understand the challenges within the industry and to provide responsive and cost effective solutions.

We believe that developing strong relationships with our clients is crucial to our success, and client satisfaction is part of our ethos. This outlook is reflected in the longstanding relationships we have with many insurance companies.

We believe it is crucial to understand the businesses and markets our clients are in.

We spend time  researching the trends of defendant insurers in relation to legal costs to develop the best ways in which we can assist our clients and continue to build upon a mutually beneficial relationship.

QM Costs was involved in the landmark case of Garrett v Halton Borough Council [2007] 1 WLR 554. In this case, the Court of Appeal held that a claimant’s solicitor’s failure to disclose an indirect interest in recommending an ATE insurance premium to their client was a material breach of the CFA Regulations, rendering the CFA unenforceable.  This case subsequently resulted in thousands of CFAs being held to be unenforceable and was the culmination of series of previous judgments obtained by QM and led to insurers saving millions of pounds in legal costs.

QM Costs were instructed in a claim arising from a road traffic accident, in which the claimant was a passenger and sustained a serious brain injury, resulting in the need for substantial care for the remainder of his life. The claim settled for £1.4M at a joint settlement meeting shortly before trial.  The claimant’s claim for costs totalled over £970,000, inclusive of interest and assessment costs.

There were two preliminary hearings within the detailed assessment process in this matter.  The first hearing was to determine whether or not the claimant had given appropriate notice that a CFA and insurance premium had been entered into.  Whilst the claimant was granted relief from sanction in relation to the success fee claimed the ATE premium was disallowed. At the second preliminary hearing the issues of proportionality, hourly rates and success fees were considered.  The Defendant was successful on each issue. The costs were held to be prima facie disproportionate, the hourly rates were substantially reduced and the success fees were reduced from 67% and 54% to 25% and 20%, respectively.

Following the findings at the two preliminary hearings costs were agreed at £440,000 inclusive of interest and assessment costs, representing a saving of £530,000 (54.9%).

In a dispute between the owner and manufacturer of a large inflatable play apparatus QM were instructed by the manufacturer’s insurer, who was ordered to pay the owner’s costs at trial. The costs were claimed at £37,094.66, which was inclusive of costs, interest and costs of assessment.

The primary dispute related to the 100% success fee claimed under a CCFA. At detailed assessment QM Costs successfully argued that the CCFA was not a true ‘no win no fee’ but a ‘no win reduced fee’ agreement and that the usual methodology for determining success fees was inappropriate. The Costs Judge limited the success fee payable to the element of costs that were actually at risk of not being paid in the event of failure, reducing the overall success fee payable to 25%. The Court also found in the defendant manufacturer’s favour on several other issues and reduced the bill of costs by 57% to £15,736.04.

QM were involved in the Court of Appeal case of Jones v Wrexham Borough Council [2008] 1 WLR 1590, which is the leading authority regarding when a CFA may be held to fall under the Conditional Fee Agreement (Miscellaneous Amendments) Regulations 2003 and qualify as a ‘CFA lite’ thus avoiding many of the CFA Regulations that commonly render CFAs unenforceable.

In Woollard v Fowler QM Costs argued that fees charged for what would usually be solicitors work that was charged as a disbursement by medical agencies was an attempt by claimants to circumvent the predictive costs regime. The Senior Costs Judge disagreed and held the agency fees were properly recoverable as disbursements. QM subsequently appealed to the Court of Appeal resulting in a compromise leading to the AMRO Agreement regarding the level of medical fees recoverable.

At a time when reducing costs wherever possible is ever more crucial to the public sector , QM Costs continues to be instructed by a large number of central and local government clients and government agencies to advise upon costs implications for both individual claims and large-scale class actions.

We help our public sector clients to successfully manage costs in relation to all types of personal injury claims, a wide variety of clinical negligence claims, including many of the most complex catastrophic loss claims, all manner of housing claims, abuse claims, judicial review and a whole array of claims from central government including the costs arising from the first case in the Court of Appeal regarding an organisation to be removed from the list of proscribed organisations under the Terrorism Act (Proscribed Organisations) (Amendment) Order 2001.

The claimant sought to recover costs in the sum of £113,057.83 in a clinical negligence action against a Health Authority but it was apparent the claim had been conducted under the Claimant’s BTE legal expense policy which had indemnity limited to £50,000. QM Costs successfully argued that the claim for costs breached the indemnity principle i before the Regional Costs Judge in the Birmingham County Court and this decision was subsequently upheld on appeal.

It was held that under the Claimant only had a primary legal liability to pay his solicitors £50,000 and that the subsequent constructions of the retainer with the legal expense provider that were put forward after QM had identified the issue could not circumvent the indemnity principle. The costs were therefore limited to £50,000 against the Health Authority.

The types of cases we deal with for clients in this sector is far reaching including contractual disputes, professional negligence and intellectual property disputes and insolvency proceedings.

The QM Costs team captures information on all aspect of the claim, and, dependent on the client’s strategic costs objectives and requirements, we can also provide the toolkit required to track, manage and control spend on legal costs.

In addition we regularly advise on the recoverability of any in-house legal costs sustained.

QM Costs is regularly consulted to deal with costs matters arising out of large scale litigation where substantial amounts of money are at stake for blue chip companies.

We always take a solution-focused approach in securing the best interests of our clients, providing them with optimal bottom line savings on their costs expenditure.

The QM team saved our clients more than £50 million in costs claimed in 2013 alone.

A claim for costs in excess of £300,000 including a 100% success fee arose from a professional negligence claim. The Claimant had sold a property in London with a short leasehold for £1.3M two years after he had purchased the property for £0.7M, having undertaken some refurbishments. However, it was argued that the profit would have been much greater were it not for his solicitor’s omission to properly register the property with the Land Registry. The Defendant initially argued that there had not been a breach of duty and subsequently argued the breach had not caused any loss to the Claimant, and set out five separate causation arguments. The claim settled for £500,000.00 shortly before trial.

The case proceeded to detailed assessment in the SCCO. QM Costs argued that it was extremely likely on the facts of the case at the time the CFA was entered into that the Claimant had suffered some loss despite having actually achieved a £0.6M profit. There was no risk in relation to Part 36 offers as the Claimant remained liable to pay any shortfall under the terms of the CFA. The success fee was ultimately assessed at 43% and reductions were made to the hourly rates and elements of the time claimed. The parties subsequently agreed costs in the sum of £175,000.00 inclusive of an offset payment of QM’s assessment costs.

We use a range of cookies to improve your experience of our site. Find out more.